Bob Plaschke, President and CEO
The smartphone has become one indispensable tool, rendering everyday functionalities, like scheduling meetings on the go and for file sharing, which are essential for the busy businessman. While the white-collar professional has always been in the limelight of the technology world, blue-gray collar employees, remain a largely neglected part of the workforce, spending their time in some of the most rugged and challenging environments every single day. This leaves a gap waiting to be filled for the public service employees—firemen, field police officers, emergency service responders, and the like. Sonim Technologies is one disruptor in the traditional public safety technology space. “We are a new breed of Silicon Valley innovators who are intentionally breaking the status quo of public safety globally with our range of custom-built rugged smart communicators,” states Bob Plaschke, the president and CEO of Sonim Technologies.

Started in the early 2000s with a vision, Sonim continues to focus on developing technologies that improve the safety and productivity of blue-gray collar workers, who work in extreme environments. The company shipped its first phones over 12 years ago and has shipped over two million phones to 40 countries across the world since then. “When we started shipping phones, it was clear then that the folks who worked in extreme conditions really didn’t have a phone manufacturer that represented them,” adds Plaschke. The solution was to buy an iPhone or an Android phone and put it in an otterbox, which did not quite measure up to the requirements in the field. Sonim’s phones have a lot of flexibility to it, to meet the agencies’ toughest demands.

They offer two models—the XP5 handset and the XP8 Android smartphone—both with extra long-lasting batteries with two shifts worth power, rugged IP69 spec rated, capable of withstanding being shot at by a fire hose yet retaining full function.

Each phone comes with a three-year unconditional warranty, extra loud speakers for harsh environments and the ability to customize and attach different accessories to the phones to create different solutions. These include, for undercover police, special microphones for discrete surveillance. Additionally, hostage phones, with special software, to throw into hostage situations are delivered to SWAT Teams. As such, Sonim provides solutions to fit the scene of different public safety use cases.

The Sonim team recently helped out a local Chicago public school district. The school had decided to close a third of their school, which meant that kids had to walk through a longer block in a tough neighborhood to get to class. The school in conjunction with the Chicago PD helped create lifelines, a volunteer citizen’s program for manning blocks on all student routes, to and from class. The program used Sonim phones to manage security in this scenario and since they could work in any conditions, snow and sleet, loud, with PTT buttons and the capability to connect to the police, the program was a huge success, keeping students safe.

A lot of innovations are taking place in the private sector of the blue-gray collar space, particularly with respect to IoT, which pushed Sonim to create a more connected worker feature set. Sonim is dedicated to listening to public safety agents, capturing their feedback and delivering the technology to them—a small help which they take a lot of pride in, being a part of—helping this community of people who serve our community every day. 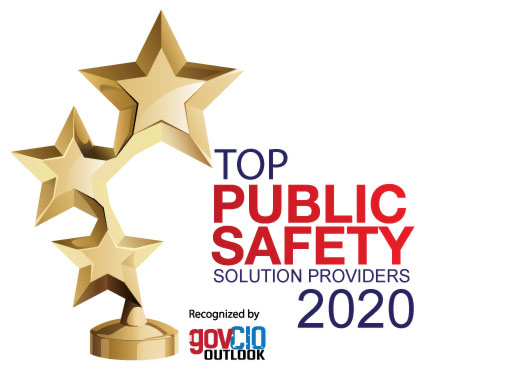